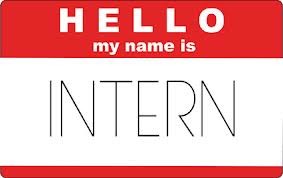 Internships are undoubtedly a valuable part of a student’s transition from college to the world of work, but there are unintended consequences of unpaid internships. Each experience is an opportunity for a student to gain valuable skills and get a peek into what it may be like to work in that particular industry or specific organization. Over the last couple of years the debate regarding having students receive pay for the hours they work has been at the forefront of every discussion about internships. There are many who believe that the experience of the internship should be payment enough. I have heard so many times, from employers, colleges and even students themselves that there is no “down-side” to unpaid internships. As long as the individual who is participating in the experience wants to take part in it, then there is nothing wrong with getting some experience in ones field of study.

It has been proven time and time again that those with internship experiences do have a “leg-up” on someone who does not have one. The contacts made, the “foot-in-the-door” and the overall experience certainly lead to an advantage for those who are fortunate enough to participate. We also know that a disproportionate number of these unpaid experiences are awarded to those who can afford to work for free – the affluent.

Yes, internships are valuable, but for whom?

For years we have known that the economically disadvantaged, which also happen to be disproportionately students of color, simply cannot participate in unpaid internships. As researchers and practitioners we have speculated on the long-term impact of the practice of unpaid internships might have on increasing the gap between socio-economic classes in our society. Well, now we just may have some proof of how unpaid internships can adversely impact our society.

In this article, David Dennis brings to light an interesting unintended outcome of unpaid internships in the media industry. He indicated that on the list of top “Journalists to Watch” according to Politico that not one, not a single one of the journalists mentioned were a person of color.Why is this so important? Well, one of the commonalities of those who did make the list was that they each participated in an unpaid internship experience.

Although there might not be a “scientific correlation” between the two, it only stands to reason that those who made the list were afforded opportunities that those who could not afford to work for free could get, thus providing them with an advantage as they made the transition from college to the world of work.

In this following passage from the article, the author illustrates the true depth of what happens when some are provided an advantage and other are not…

Mother’s Day shooting in New Orleans, Chicago gun violence, reasons for incongruous employment rates or the prison system have all been under reported this year. I honestly believe that part of the reason this happens is because these stories may not register with people who don’t come from these cities or environments.”

So there you have it. Do you still think unpaid internships don’t have a negative impact on society?

About the Author: Robert Shindell

Over the last 25 years, Dr. Robert Shindell has served as an experiential education thought leader and practitioner, as well as a senior administrator in both public and private institutions of higher education. Through his highly acclaimed Total Internship Management Workshop, Dr. Robert Shindell has trained thousands of employers to build and sustain meaningful internship programs across the country. He has also worked with hundreds of colleges and universities in the workforce development area, as well as developing comprehensive strategic initiatives, supporting plan implementation, and building successful teams. To learn more about Robert Shindell, please visit - https://www.linkedin.com/in/robertshindell